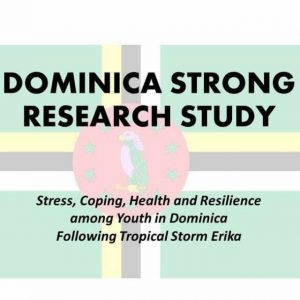 Click Here  for a Research Report on the Key Findings from Phase I of the Dominica Study.

On August 27, 2015, the island of Dominica was hard hit by Tropical Storm, Erika. The storm caused severe damage and loss of life, particularly in the southern village of Petite Savanne, where approximately 20 individuals lost their lives. This project was launched in order to assess the psychological impact of the storm among youth in Dominica.